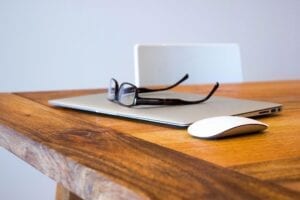 These days it seems there is very little mutual respect and loyalty toward each other and for one business to another. Honesty is always the best policy, no longer applies. Past generations would apply the Golden Rule. Unfortunately, this is often ignored in our current relationships.

Of course, this is not always the case. People and businesses with the golden rule philosophy do exist. And it is a real pleasure conducting business with these honorable men and women.

For example, a potential customer was looking for a new supplier.  Some sample parts were processed for them and they expressed how impressed they were with the quality, price, delivery. However, after a bit of discussion they were honest about their search. They were with their current supplier for so long that they were wondering if someone else could do the job. They had no real complaints with there current supplier, no reason to switch Hard Chrome suppliers. They were afraid that if they did and ever had to go back, their current supplier would not accept the work.

A long time customer had been doing business with a Hard Chrome supplier for over 35 years. The plant manager was replaced and the new manager sent some work somewhere else for reasons unknown. Well, the 'new' supplier performed faulty work and when returned to them numerous times...could not make it right. So, they sent it to their 'old' supplier to fix. There was no explanation and they were expected to fix the problem. When the manager was asked about what had happened, he exclaimed: "What do you mean what happened?" Well, figuring that maybe it was possible that he was unaware of what transpired...the above was explained to him. So, instead of investigating (not needed - he knew all along) and being straight forward about what had happened, he felt no need for explanation.  What do you think?

Some customers misrepresent themselves.  They say there are going to be a lot of parts when in fact there is only the 1 or 2 that they want processed.  They do this in hopes of getting a better price and delivery.  Is this acceptable?

Others will have 2 or more businesses and run all their bills through the company they plan on bankrupting.  You never get paid.  All the while they are doing this to support the other business.  Hiding where the invoice really belongs.  How is this legal?

It is no secret that the Hard Chrome industry has been and is under a lot of pressure to be replaced. Considered by many to be too hazardous.  There is also a strong possibility that it can cause cancer in those involved in our industry.

If you have a problem, let them know.  Give them a chance to rectify the situation first.

Let us know what you think.  Please leave a comment.  Thanks.